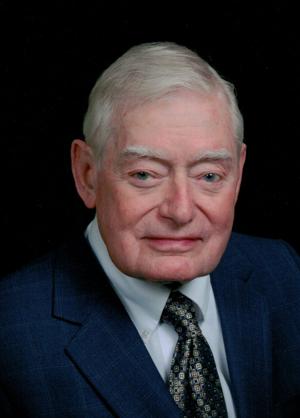 Richard Henry Herrmann died Tuesday, February 24, 2015. He loved the time he and his wife lived in Hawaii and said he would probably die here on a cold winter day. He was 88 years old, born to Walter and Genevieve Herrmann on January 1, 1927 in Green Bay, Wisc. He is survived by his wife, Anita, the former Anita Ruth Brauel of Green Bay; three sons and their wives, Richard Jr. and Susan of Newtown Square, Pa., and their daughter Jennifer, Steven and Susan and their daughter Cheyenne of Harrisonburg, Va., David and Lori and their children, Justin and Lauren of Ridgefield, Wash; a sister, Doris Russell of Green Bay; and sister-in-law, Irma Lizak of Oregon, Wisc. After graduating from East High School in Green Bay, Wisc., he attended Carroll College prior to entering the military service. After his World War II military service as a Sergeant in the Signal Corps, he joined Carl Herrmann Co., the family printing and office supply business in Green Bay. The company name was changed to Herrmann Office Equipment and more emphasis was placed on the sale of high quality office furniture and equipment. Through his efforts this became a major part of the business. During this period the printing business was moved to a new building and his father, Walter, moved to that building and managed the printing business. Shortly thereafter at the time of his father's retirement, the printing business and the Herrmann Business Machines were sold and a greater emphasis was placed on the sale of office furniture. In December 1963, he was asked to join the B.L. Marble Furniture Co. as Eastern Sales Manager of their Office Furniture Division. His special interest in high quality office furniture made this offer attractive and his father came out of retirement to manage the Office Equipment Company until it could be sold. In 1965 he negotiated the sale of the business to Coleman School Supply. In his new position he was based in Wilmington, Del., but the major cities of Richmond, Washington, D.C., Baltimore, Philadelphia and Pittsburgh were within his area of responsibility. As opportunities were presented the family moved from Delaware to Bloomfield Hills Mich., then to Chagrin Falls, Ohio, and to Potomac Md. and finally to Kailua, Hawaii, where they spent 14 years prior to his retirement. After the move to Hawaii he purchased The Tuner Corp., the owner of the trade name and service called RentCheck. Then HomeCheck a companion business was created. At that time both companies grew and Mrs. Herrmann became active in their management. On his retirement in January 1992, these companies were sold, and to be closer to their sons and their grandchildren, left Hawaii for Roanoke Rapids, N.C. to be nearer to their sons. In March of 2001 they moved to their present home in Charlottesville. In 1995 they purchased a motor home and traveled throughout the U.S. and into Canada, Nova Scotia and Mexico. They treasured the many friendships made in the various cities they had lived as well as their several years of travel with the motor home. Mr. Herrmann was a member of The First Presbyterian Church in Charlottesville and a longtime member of The Elks Lodge and The Rotary Club. He became a Paul Harris Fellow as a Rotarian. His last words were to his wife, "I have loved you for 70 years and I will love you forever". In lieu of flowers, memorial donations to the American Heart Association, 4217 Park Place Court, Glen Allen, VA 23060. Condolences may be sent to the family at www.hillandwood.